We wrote this song on 3 April 2017. There were several volunteers from Serve the City who had joined us, including our friend Artur Bianchini, who has since gone on to help refugees create a new life in Italy. Residents from Iraq, Afghanistan, and other countries helped translate the words into several different languages. Hassib (The Mountain and Me) helped translate lyrics from English to Dari. Hassbi has been granted aslyum; however, another resident who joined us that day was not granted asylum and had to leave Belgium.

These are recordings from the center that show the process of writing the song:

This is a video that shows a moment in the process of writing the song: 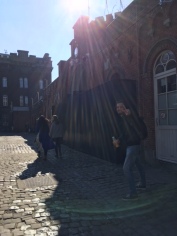 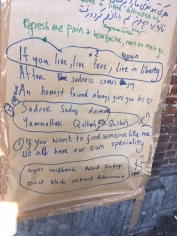