Sarah and I wrote this song on 12 June 2017 with a resident at the refugee center who had traveled from Gaza in Palestine to Greece and then to Brussels, Belgium. This resident, Mohammed Abu Marasa, became a dear friend and creative partner. He is a tremendous poet and incredible human being. At the top of the piece of paper she posted on the wall, Sarah had written a question in English, Nederlands, and French: And what is your hope?

This was the first of many songs the three of us we wrote together. There was a period where Mohammed came to our Monday afternoon poetry and songwriting sessions nearly every week. When he moved out of the center, he would come back to visit and write songs with us periodically. He said he came back to see us and also to be grateful for his life.

In this song, Mohammed communicated the challenges of making such an enormous effort and life change to travel to Belgium in search for a better life for himself and for his family. He felt frustrated and forgotten in the shuffle of the bureaucracy that followed his arrival in Brussels. He went through a period of dark depression and lifted himself out with the idea that if he died he couldn’t change anything.

We are honored to know Mohammed and thrilled he was officially granted asylum and has been able to bring his wife and children from Gaza to Belgium.

To read more about the writing of this song, visit Guiding Song: I Am The Change

These are recordings from the center that show the process of writing the song:

In this first recording, you can hear me encouraging Mohammed to think about creating a different melody for the chorus and the verse. He was very insistent on keeping the melody the same, however, so I let it go. Songwriting with other people is a practice in non-attachment to my own ideas. It is also a practice in being a guide and honoring not only the wishes of the person writing the song but also the song itself. There is a delicate balance. Sometimes, I push a little more strongly for an idea that I think will really make a difference in the composition of the song.

This is a video that shows a brief glimpse into the discussion that often happens before we begin writing a song:

This is a live performance of the song at Sarah’s Poetry Café:

This is a video of me playing the song (featuring my big, white husky, Atticus): 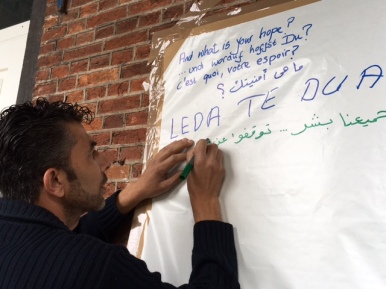 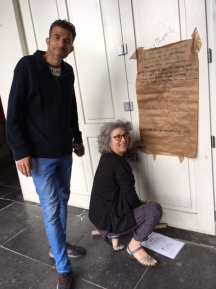 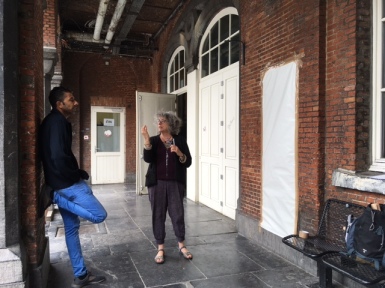 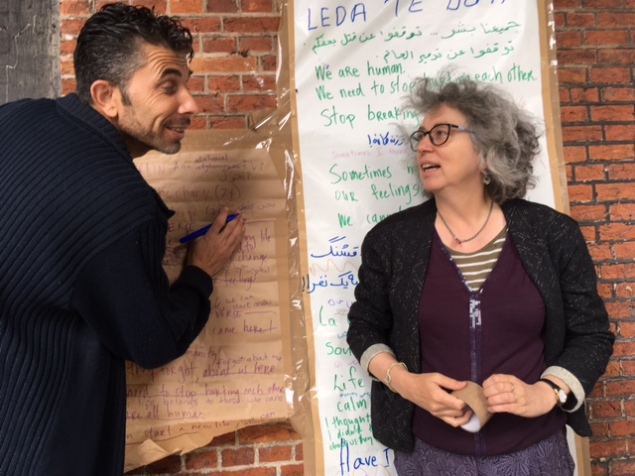 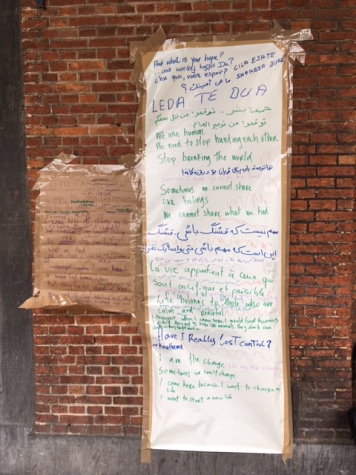 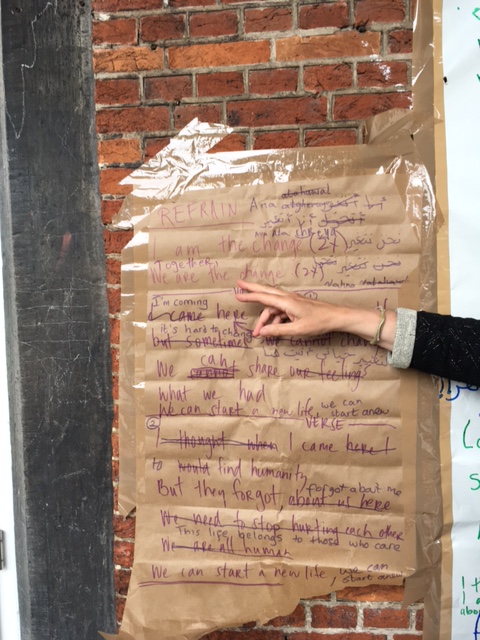 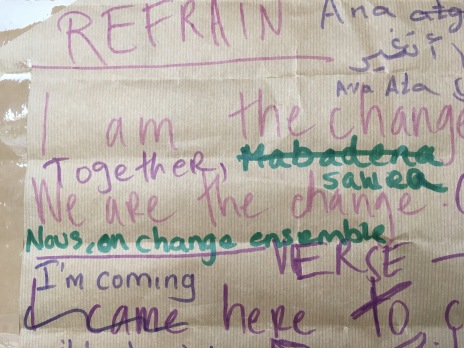 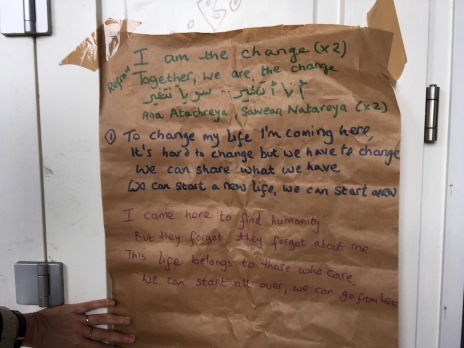