This past Monday, we met several residents at the center. Since we have found that beginning by playing music can help to draw people in, Sarah posted the song we wrote the previous week, The hand that hurts can also heal.

As people came to join us, Sarah brought a blank piece of paper and taped it onto the wall. The wall is really a set of two big, white, wooden doors. People always ask what we are doing, and this time I tried to capture footage of Sarah and my explanation.

We do our best to try to mitigate the fear that can arise for the participants. People are afraid to share their stories, their voice, their Selves. It can be a very vulnerable and raw experience, particular for a person who has experienced trauma.

The second video ends with Sarah saying, It’s hard to express oneself. I think in this seemingly simple statement she has touched on something very profound. Coming from the United States, I just assumed that I can share my thoughts and opinions without recompense. However, for people coming from places where their freedoms have been restricted, this is no simple request.

Most of the residents we meet are single men, many of whom have left family behind who they hope to bring to safety in Belgium. These men come from cultures where men are meant to be strong and independent, masculine. This does not involve sharing feelings and emotions.

Enter the two female artist volunteers, encouraging and giving permission for these men to open up and share their deepest worries, desires, fears.

This is a request that I think would be difficult for most people, regardless of their gender, because so much of the world seems to advertise avoidant behaviors. Feeling blue? Buy something. Don’t think about it, and it will eventually go away. It is a scary prospect to sit with our inner selves because who knows what kind of emotions may well up. And then what do we do with them? How do we learn to sit with the discomfort? How can we come to believe that even when we feel uncomfortable we are safe; it is ok to feel uncomfortable. That’s life.

This is something I struggle with on a regular basis and I am no stranger to expressing my emotions.

There also seems to be something particularly scary and vulnerable about being the first person to participate in the creative process. I am sure this is not limited to poetry and songwriting.

I have noticed that people seem to feel freer to continue writing and sharing ideas once we have taken the first step. There is no longer a blank page. Now, there are words to respond to.

On this afternoon, we began by posing a question: What do you want to say to the world?

We wrote the question in English and French as a way to try to inspire people to share ideas that we could shape into a poem and eventually, a song.

The first response came from a man from Gaza.

I want to live with my family in peace

Sarah wrote the words as he spoke.

Another resident came over, wanting to know what we were doing. We used Google translate for me to explain and then for him to share his response. I asked if he would also write his response in Russian, his mother tongue.

I just want to live

Thank you for this opportunity

This is a common theme that has been shared many times over the course of two plus years of writing poetry and music at the asylum center. It’s universal, yet it is not universally experienced.

The next resident to share his experience told us that he walked for a month and a half to get from Turkey to Belgium. He showed us a selfie he had taken while walking through snow that was waist deep for two days. During the time he was walking, his father passed away and his son was born. He said that before he had left, his mother told him not to return no matter what happened in his absence.

There’s noting for you here, she had said.

I had heard this from other refugees. Just a few weeks earlier, a resident from Gaza had spoken the words: We have no means to live in Gaza. We come to Belgium to live in peace.

As he shared his story, Sarah and I took turns writing his words on the paper.

He told us about his children, their names and their meaning:

The story shifted to share the memory of two men he had known. Both were named Mohammed. One was a friend from his hometown, who had traveled with him on the boat to Greece. Along the journey, this friend has disappeared without a trace. No one could find him. They had no idea if he had drowned or been imprisoned. He was just gone.

The other Mohammed had died when he jumped from a building and received a head wound. He had been terrified that the police might force him to return to Gaza, and he said he would rather die than go back.

We looked at photos of a vibrant 25 year old, smiling and full of life.

Both are gone. Now they live only in photos on my phone.

How to respond to this horrible reality? I often feel so completely helpless to soften the pain and suffering. Even for those who make it to Belgium, there are no guarantees that they can stay. It can take years to granted asylum and even longer to be given permission to bring family to Belgium.

Already, this man had lost a father and missed the birth of his child. How old will that child be when they meet for the first time in person?

When I was very young, I made a wish that there would be no war in my lifetime. In hindsight, I imagine that even as I made the wish war and violence was happening already somewhere in the world. I remember when the first Gulf War began. I was shattered. I could not believe that my wish had been broken so quickly.

I recognize the naiveté of a child’s mind in making such a wish, and yet that child is still alive inside of me today. I am saddened that by how readily people give in to fear of “the other.” So many people risk everything just to be able to live and to give their children a chance for a peaceful life, yet they are vilified and labeled as pariah. It is not the military who should be meeting people at the southern border to the united states but medical and mental health workers with food and blankets and teddy bears for the children.

All it would take is a little bit of courage and a willingness to recognize that every person has worth just by virtue of existing. Every person deserves to live.

I recently was listening to an episode of This American Life called “Are we there yet?”, and the words shared by a woman and her son from Syria seemed like they could become part of this song:

What can I do?

I feel that my hands and legs are just tied

And the days are just passing and passing

And there is nothing

Because of depression and anxiety

I think that I’m going to explode sometimes

Because of the situation I am living in

In Arabic, there is a saying:

Your soul is tired

But I don’t know what crime we did

There is no crime in wanting to live. I may hold little political sway, but I will continue to hold space for each person I meet to share their voice and their desire. 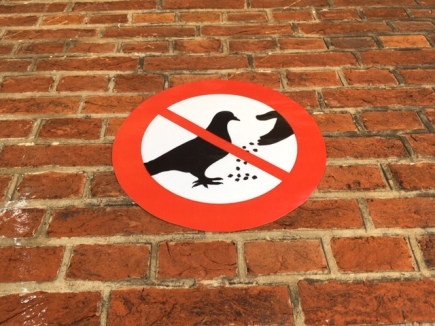