Without fail, this week’s visit to the refugee center was one, which offered an opportunity for the exchange of culture, experience, and language, as well as the creation of something beautiful.

Sarah and I arrived at the entrance to the center at the same moment, so we entered together and went to sit on our usual bench. We talked about life, poetry, and song. Then we posted the song we had started working on the week before with a resident from Burundi. He had asked us to knock on his door when we returned, so I went to try to find him. He said he would meet us in a few minutes.

While we waited, I took out my ukulele to tune it and see how much of the song I could remember from the previous week. Without fail, the music was a magnet and several children from the center quickly overwhelmed us. Children love my ukulele. As Sarah went to the volunteer coordinator’s office to retrieve more roles of blank paper, I battled three energetic boys who all wanted to strum and take my ukulele. Generally, I am happy to oblige, especially if the children are gentle and respectful. The aggressive young boy energy was a bit too much for me on this particular Monday, as I was coming to the end of a long, drawn out and emotionally draining life transition (selling my house in Alaska). I must have repeated the word “No” a dozen times by the time Sarah returned.

They are just like Atticus, I laughed as I called over to her. (Note: Atticus is my husky rescue, and he definitely has his own ideas about the meaning of No)

We posted the paper from the previous week, and then a new page beside it. I read the lyrics, and Sarah wrote them neatly on the blank page.

Where would everybody go?

Just the power of our wings and our heart to decide

We had two variations on the second verse

This is the one we wrote the first Monday we began writing the song:

Where would you go?

I would make a new life in Belgium

The second Monday, I considered adding more lines to bring in the bird metaphor and move the Dari line to one that could possibly be chanted toward the end or incorporated into a Bridge.

Where would you go?

Would you choose one place or migrate?

I would make a new life in Belgium

We carried words from the previous week about how even though life for birds may be free to fly anywhere there are still dangers. This metaphor could also become a Bridge.

[But] even a bird can be hunted

There are dangers in the sky

Give us the freedom to decide

As we were writing these words, Sarah returned to the line “if we opened the borders,” suggesting that we change “we” to “they” because the idea is that we don’t have the choice. Then this last line of the Bridge becomes a demand and holds even more poignancy.

As we were working on the song, newly arrived residents walked by. Many smiled and did a little dance. Some stayed, and we invited them to write words in their own language to add to the song.

A man from Senegal wrote these words in Wolof, which we translated into English:

I come from Africa and find the whole world here

Another resident, also from Burundi (like the resident with whom we had been writing the song) wrote these words, which we translated into French as well:

In English, this translates to:

If you knew how much I miss you

How much I think of you

As we were translating these words into French, the resident we had been writing the song with since the beginning said that this was not the meaning of the song, to write about a person we missed. I thought a moment, wondering if there was a way to include this person’s words. Finally, I suggested that the meaning could be interpreted in many ways.

“You” could be a metaphor for freedom or happiness, I said. The man from Senegal nodded his head in agreement.

I believe it is important to try to find a way to incorporate at least some of the words and phrases from every resident. In my mind, this communicates that just as their words have value, they have value as well. It can make the process of writing a song more challenging but also more rewarding.

Finally, we sang through the entire song. We did not wind up singing the verse/bridge about the dangers in the life of birds, but there was a very moving chanting of the Dari, Wolof, and Kirundi phrases that had been added at the end.

I think the most meaningful moments from the singing of the song were the return to the chorus, which every person sang each time with their entire being. There may have been hesitance with the words of the verses, but there was no doubt when it came to the chorus. The meaning, the words, the melody, we were all together in it.

As we sang, I noticed broad smiles on faces, particularly the man from Senegal, who smiled with his entire being, a smile of pure joy, which filled my own being with tremendous joy.

Often, I arrive at the center, tired and overwhelmed by life.

As the title of our song suggests: Hakuna Matata. No worries. 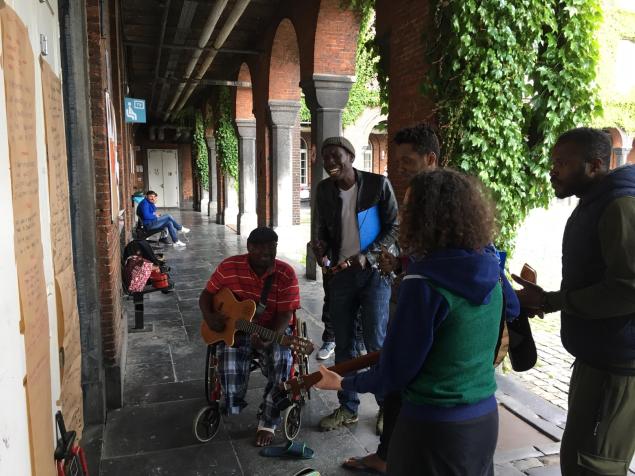 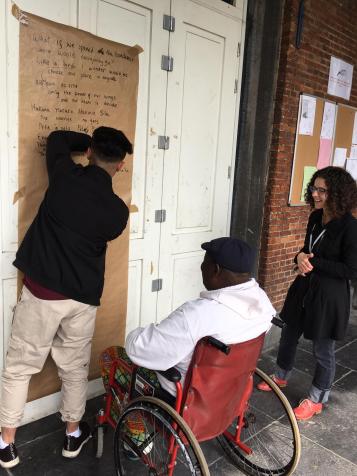 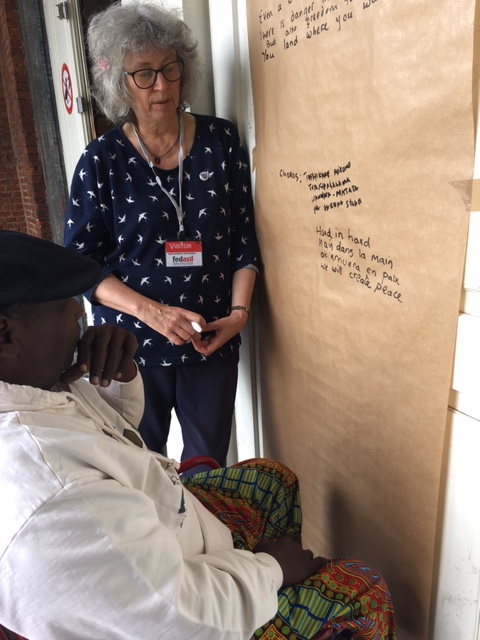 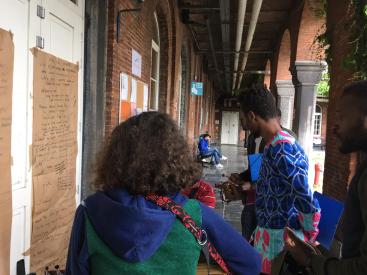 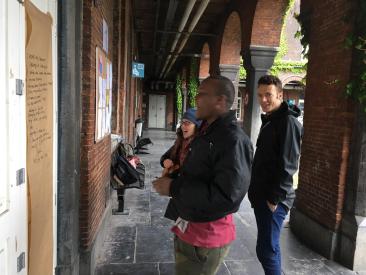 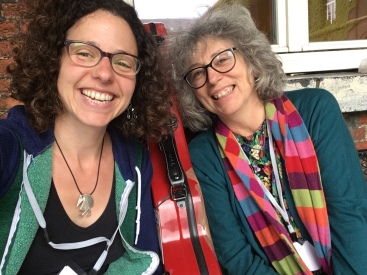